If there’s one kind of cuisine that seemingly can’t fail in Great Neck, it’s sushi. Just off the top of my head, there’s Matsuya, Moonstone, Daruma, Chez Kama, Laverne, Sushi Palace, Masago, Village Asian Fusion and Sushi, Sushi Fussion, and newcomers Mizu and Yummy Sushi (both of whom I hope to review soon).

Up to now, I’ve hard a hard time deciding which I liked the best. From a technique perspective, Chez Kama wins hands down–while other restaurants just “cut fish”, chef Kama practices the art. From the perspective of variety of rolls, Daruma is a perennial favorite.

But I’ve always been hesitant to declare an overall winner for the best sushi in Great Neck. Until now. And that restaurant’s name is King’s Premium Seafood.

When I went to Japan two years ago, we got a chance to visit the Tsukiji Fish Market. I thought I knew a lot about sushi before, but that visit changed my perspective. The seafood was ridiculously fresh. One of the people sitting at the sushi bar next to us ordered a fish whose gills were still moving. When we picked up our shrimp with our chopsticks, rigor mortis hadn’t even set in yet, so the legs jumped (causing my wife to scream). That weirdness aside, the flavor of the fish was unbelievable. Not only did it not have a “fishy” taste or smell, the taste of the fish had an amazing sweet quality about it and melted in your mouth. It pretty much ruined sushi for me–whenever I ate sushi back in the US after that trip, it seemed like it had no taste and no personality.

There were rare exceptions. There was a fabulous sushi restaurant in San Diego called Sushi Ota. I also got a chance to eat at Sushi Nakazawa, the only four-star rated sushi restaurant at the New York Times. But for the most part, I hard a hard time finding the quality of fish I’d experienced in Japan.

Until now, that is.

The first thing you need to know about King’s Premium Seafood is that Andy, the owner, is an experienced seafood buyer. Our server (who happens to be Andy’s son) explained to me that he goes out every morning at 3 AM to the fish market in Brooklyn and buys the freshest fish. He’s been doing this for years for some of New York’s top restaurants, and he decided to go into business for himself.

King’s is located far away from the hustle and bustle of Middle Neck Road, on Great Neck Road (near where it connects to Bayview Ave). With the exception of Masago, this is not a part of town where you might expect to find restaurants–you’re more likely to see auto body shops and hardware stores. King’s Premium Seafood is almost hidden in a nondescript row of stores along the north side of Great Neck Road. In fact, as of this writing they don’t even have real signage yet–their sign is a big poster plastered on their front window.

When you walk into the store, it’s almost as nondescript. There are five plain-looking white tables lined up against the wall to the right as you enter the store, each able to seat about four people. On the table you’ll find a “menu” which are laser printed sheets of paper in a plastic cover. The first time we went the large deli counter to the left was almost completely empty except for two nondescript hunks of meat (although the next time we came back it was nicely organized, and now it’s covered by a posted talking about the wines they serve in the restaurant).

The service at King’s Premium Seafood is excellent, if not as polished as you’d find in other restaurant. Again, remember that this literally is a family-run business, so chances are you’ll be served by a family member and things like cups or plates may not necessarily look like the finest in the world. But what they lacked in polish, they more than made up for in enthusiasm and helpfulness. Our server asked several times through the evening if everything was okay and if we needed anything. My wife’s tea was always full, and he was kind enough to bring us as many extra bowls as we needed for our child.

But the star of this restaurant is the food, both the sushi and the cooked food. 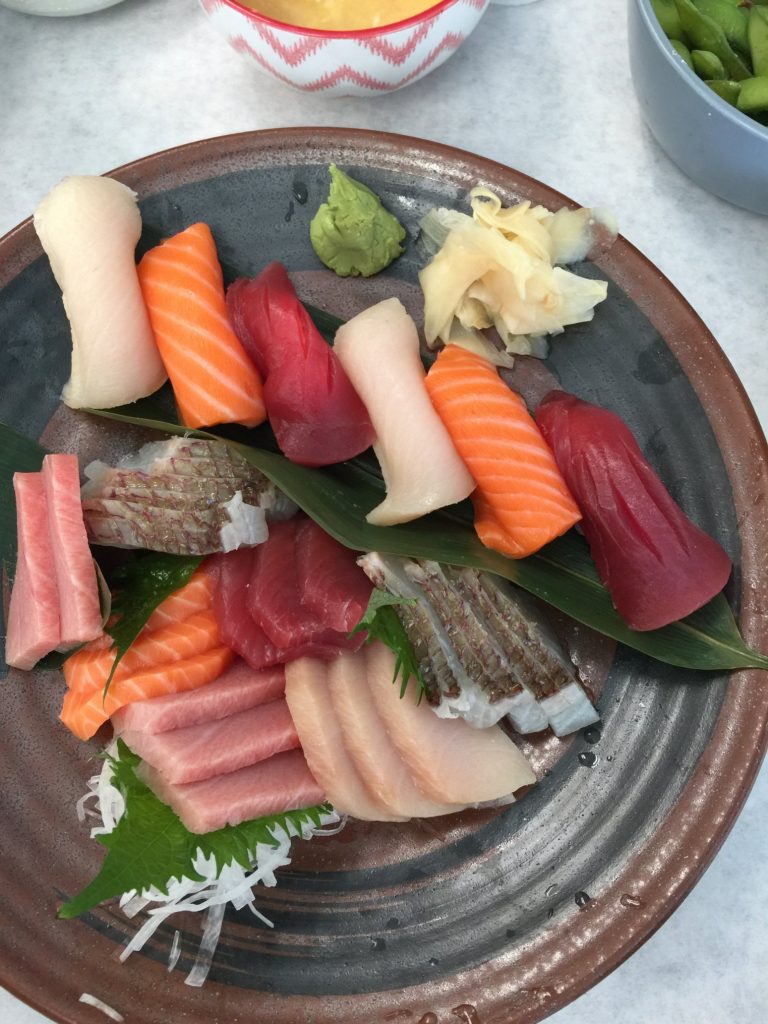 Let’s start with the sushi. To the right, you can see a sushi and sashimi platter I ordered. It’s not cheap at $55, but this is definitely a case of “you get what you pay for”. If you click on the photo you’ll see the color of the fish–and no, I didn’t use Photoshop to color-correct these. And even these pictures don’t do it justice. They glistened almost like jewels on the plate.

As for the taste, as I said, it was easily the freshest I’ve had in Great Neck, and among the very freshest I’ve had anywhere outside of that Tsukiji fish market. The King salmon had that sweet, almost buttery flavor that just melted in your mouth.

The bluefin tuna was the real deal, with its distinctive taste and texture, not at all like the slabs of plastic you’ll find in most sushi stores. Likewise, the yellowtail and Japanese red snapper were delicate with that sweetness that the freshest seafood had, and not even a hint of a fishy smell. 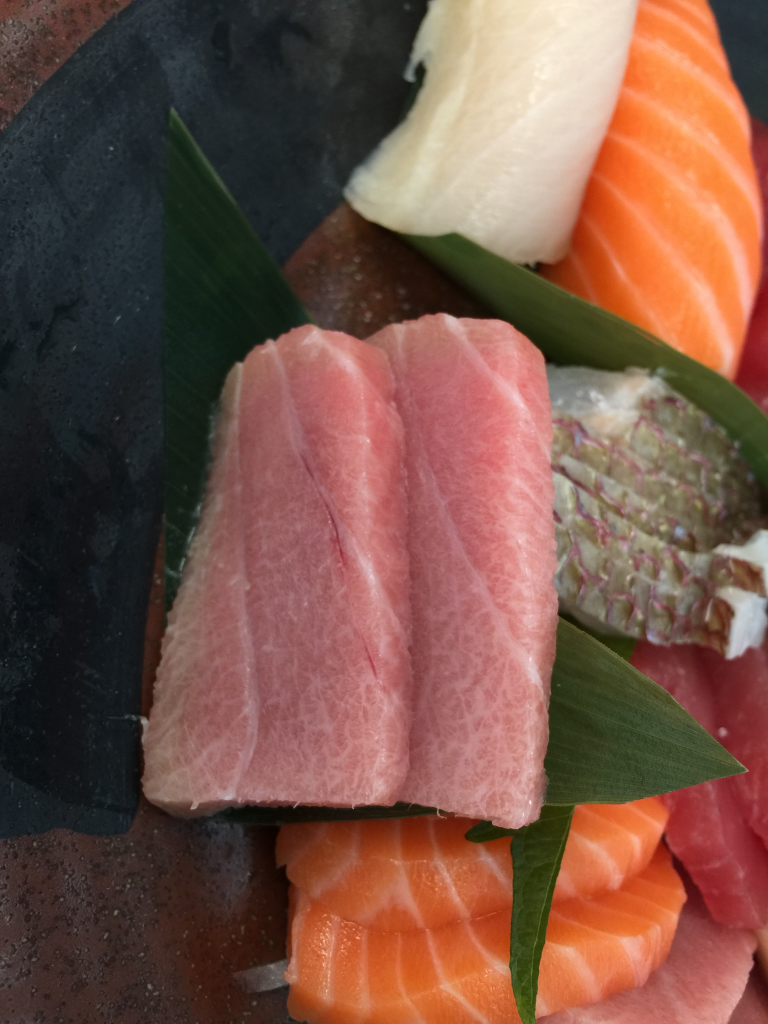 The star of the show was the toro, or fatty tuna. As you can see on the plate, we got some with our omakase, but we also ordered a few extra pieces. The marbled fat and the tender fish made for an awe-inspiring meal. The only place I had better was in Japan itself (where the sushi chef actually used a torch to broil it).

I’ve been there about 4-5 times now since I began writing this blog post (which was a few months ago) and consistently the sushi has been among the freshest I’ve had not just in Great Neck. I’ve found that going earlier in the day tends to be the best experience, but you can’t go wrong for lunch or dinner.

Aside from the sushi, the cooked dishes were fantastic as well. Any dish with seafood, as you can imagine, is out of this world. We ordered corn and crab soup.

The soup was hearty and rich with a wonderful sweet corn flavor, and something you rarely see–chunks of real crabmeat, not imitation crab but the real thing.

We also ordered the salmon fried rice. The portions were generous, and the rice was perfectly cooked and flavorful.

With most Chinese restaurants, the fried rice is almost a throwaway dish. Not so here–it was so good I decided to order the lobster fried rice on the next visit. 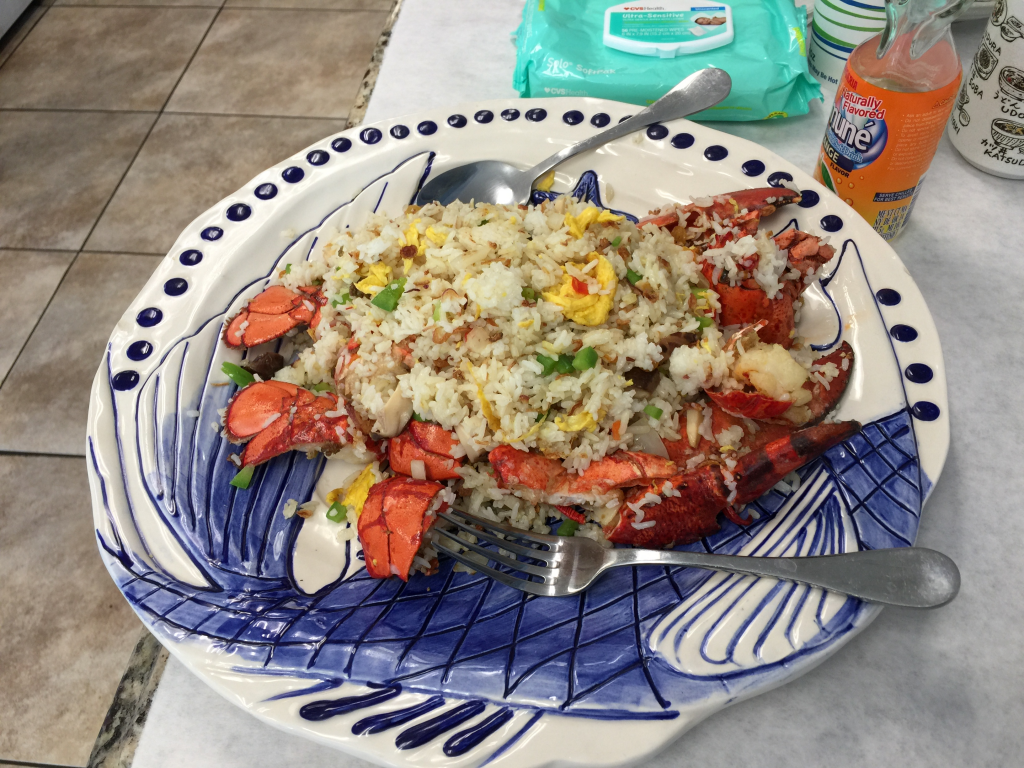 This didn’t disappoint–as you can see, it had chunks of real lobster and was even served in the shell itself.

On yet another visit I also saw that they had Kobe fried rice too. That was too tempting to pass up. 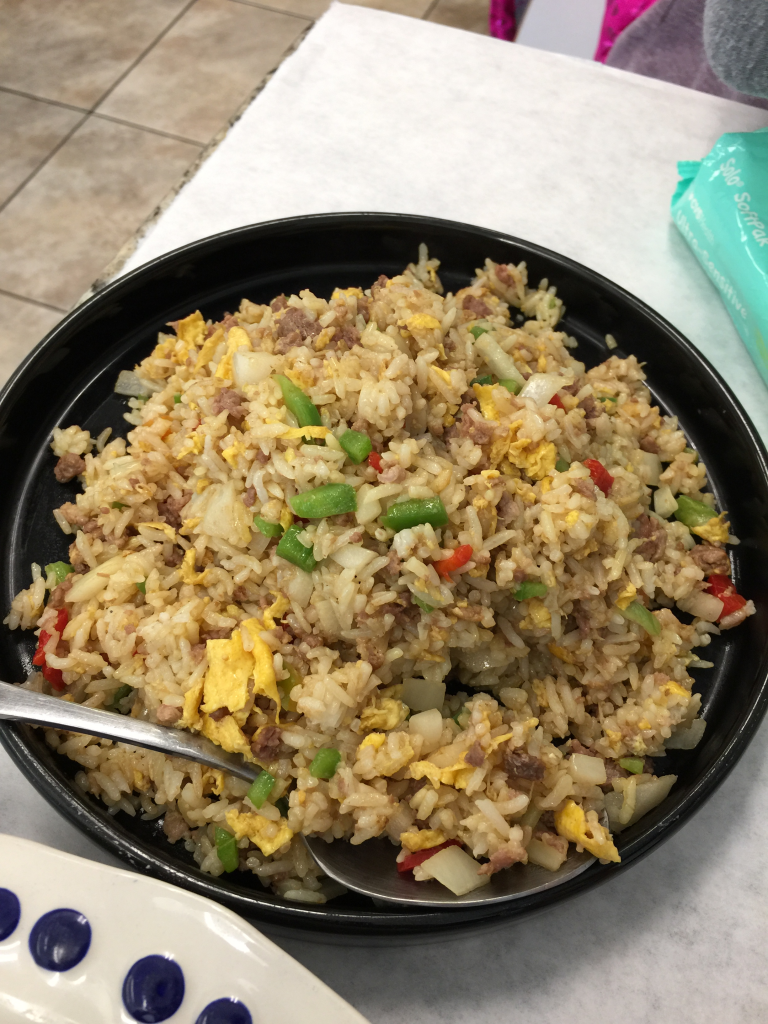 This was amazing. Now, while I’m skeptical that this was really Kobe beef, the taste was still phenomenal, with the perfectly cooked rice infused with the wonderful aroma of the fatty beef. I thoroughly enjoyed it.

We’ve been back a few times over the months and each time it does not disappoint. Yesterday, we had steamed branzini which tasted sublime–their cooked fish is just as fresh as their sushi. We also enjoyed other dishes like their pork and their steamed egg–all winners.

Each visit ended with the check and a few Japanese gummy candies, which are probably my favorite candy in the world. 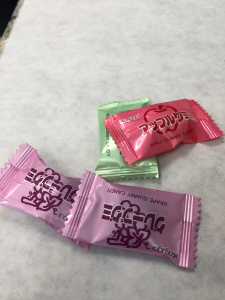 This is my first post in a while. I’m happy to start posting again with a really exceptional restaurant. 5 of 5 stars, and worth a visit, and many more.